Boston’s not necessarily known for being a mecca for Hollywood starlets, but many of the hottest celebrities are proud “Massholes” at heart. Everyone from sports stars to A-list actors stake their claim on Boston, and they continue to visit their family, friends and old stomping grounds often. They’re a little harder to spot on the busy streets of Boston than they are in L.A., but that’s just because they’re not swarmed by paparazzi everywhere they go. So, keep that camera ready! You may run into some of these superstars!

Tom and Gisele are the hottest couple in Boston. One, the state’s most prized athlete, and the other a worldwide supermodel, find Boston to be a haven. They’re often spotted doing normal, family things, like taking their kids to the park. The unassuming pair have very publicly noted that they will never leave Boston.

Mark and Danny spend a ton of time on the streets of Boston. Their family still resides in the area, and they are co-owners in the Wahlburgers franchise, which is featured on the reality show by the same name. Your best chance at a peek into the Wahlberg family is to stop into one of their locations. Make sure you’re camera ready! You never know if you’ll end up on TV!

This famous best friend duo are proud of their Boston upbringing. They’ve developed and produced films in the area, and are diehard fans when it comes to Boston sports. Watch out for them on game days, especially if the Red Sox or Celtics are playing.

Amy Poehler was born in Newton, and stayed in the city to go to college. She’s since moved on to the wonderful world of Hollywood, but she has roots in the area. She has connections at Harvard, where she has given a commencement speech and received the notorious Hasty Pudding Award.

Louis C.K. might just be one of the funniest comedians around right now. With his sarcastic wit, it should come as no surprise that he’s a Boston native. He’s also a huge Patriots fan. Keep your eyes out for what’s left of his red hair when the Patriots are in town, or when he has a gig at the iconic Wilbur Theater.

Funny man Steve Carrell comes from the area, and still has strong ties. He’s part owner of the Marshfield General Store, a family business located on the South Shore. Stop by in hopes of finding him. Oh, and one of the store’s regular customers? Steven Tyler! Yes, that Steven Tyler!

Compared to the rest on this list, Mindy Kaling is a newcomer, but you can expect big things from this Bostonian. If you’re lucky enough, you’ll run into her on one of her family visits. She still has many relatives in the area.

While it’s not exactly a TMZ Tour, Boston has a way with celebrities. The city streets allow them to be themselves, so you can see them in their natural habitat. Boston has also had some notable movies filmed here.

She was a woman ahead her time, bending gender norms with her curious nature that led her to delve deep into the worlds of art, literature, sports and philanthropy. Isabella Stewart Gardner was a staple in high society Boston, often regaling locals with her carefree attitude, eccentric lifestyle and thirst for adventure. Here’s a glimpse into what made Isabella tick.

She was an Avid Red Sox Fan

Although Isabella was born in New York City, and didn’t move to Boston until just before her 20th birthday, she was a diehard Red Sox fan. In 1912, she showed up for a concert at the prestigious Symphony Hall sporting a white headband adorned with the saying, “Oh you Red Sox.” The phrase was popularized by a band known for their raucous nature, scared fellow concert goers, causing a scene and disturbing the musicians. The event was the talk of the town due to Isabella’s fashion statement.

Like many others, Isabella’s life was full of highs and lows. When her young son, Jackie, died of pneumonia she fell into a terrible depression that was only worsened by a miscarriage, and the news she would be unable to conceive again. In an effort to get back his lively, vibrant wife, Jack whisked Isabella away to tour the world. It wasn’t long before her adventurous spirit returned.

The Museum was Built upon the Legacy of Her Late Husband

Isabella and Jack Gardner spent much of their married life traveling to places like Italy, France, Russia, and a host of other hotbeds of culture and beauty. Along their path, they would come across cultural wares, masterpieces created by some of the world’s most elite artists, and trinkets made by unknowns. They’d purchase anything that caught their well-trained eyes, and use the souvenirs to decorate their Boston mansion. It was their collective dream to build a museum to house their collection. When Jack passed away, Isabella knew it was of the upmost importance to make it happen. She immediately began construction on what is now the home to their life’s work.

Isabella Stewart Gardner may have let her money go to her home, but never to her head. Her fine taste in beautiful art was trumped by her bohemian lifestyle, which included many parties with artists from around the world. While many women of the time chose not to drink, or would celebrate with champagne, Gardner preferred to pair a cold beer with a cigarette during her gatherings.

Isabella Stewart Gardner took advantage of her good fortune, living life to its fullest. She traveled the world, socialized with some of the most prolific artists and writers of her time, knew all the Rex Sox players personally, and would walk the streets with her pet lion (on a leash of course). Learn more about this magnificent woman’s life at the Isabella Stewart Gardner museum, where her legacy lives on.

The fans at Fenway Park sure have had their ups and downs over the years, but these loyal devotees have stuck by the Red Sox’s side for each and every emotional moment. They’ve cheered, they’ve cried, and these are the plays that caused the most exuberant reactions throughout the history of the park since its grand opening in 1912.

Leave it to a Massachusetts native to hit the first homerun during the opening season of Fenway Park. It was April 26th, and the Red Sox were playing only their fifth game in the newly crafted park. Hugh Bradley was up to bat against Lefty Russell of the Philadelphia Athletics. The Sox were down, 6-4, and the bases were loaded. The crowd, and the team, went wild when Bradley completed what was then thought to be an unattainable feat. Of course, there have been many homeruns since, but at the time, it was thought to be impossible to hit a homer out of Fenway.

Way back in 1917, pitcher Ernie Shore made history when he pitched a perfect game against the Washington Senators after starting pitcher Babe Ruth was thrown out of the game. After walking the first batter, Ruth had more than a few words with the umpire. The incident caused his dismissal from the park, only after he threw a punch. Ernie Shore stepped in, and not a single player got on base, leading to a Red Sox victory.

In the midst of Game 6 of the 1975 World Series, Carlton Fisk made perhaps one of the most exciting plays in Fenway Park’s history. Fisk was up to bat against the Cincinnati Reds when he hit the ball which looked like it may go foul. Much like Stephen King’s Carrie, Fisk used his seemingly telekinetic ability, waving with all his enthusiasm, and it worked! The ball dinged the foul pole before heading into homerun territory, winning the game for the Red Sox. Unfortunately, they did not win Game 7.

Red Sox fans know anguish. They know the disappointment of walking out of Fenway a loser. But, thanks to Dave Roberts, they also know how it feels to be on top of the world. It was 2004, Game 4 of the World Series. The Sox were down by three games, and were set to lose the fourth when Dave Roberts turned the tables and stole second base in the bottom of the ninth. With the game now tied, the Sox found the stamina to rally. Ultimately, it led to their first World Series win in 86 years.

The Red Sox, and many other teams, have had some of their greatest, and worst moments on the grassy field of Fenway Park. Each season, players step on the field with hopes of having their own historical moment. Did we pick the best ones? Let us know!

There are many Boston tours, but if you want to learn more about Fenway Park’s history, be sure to take one of Fenway Park’s tours to get the inside scoop. 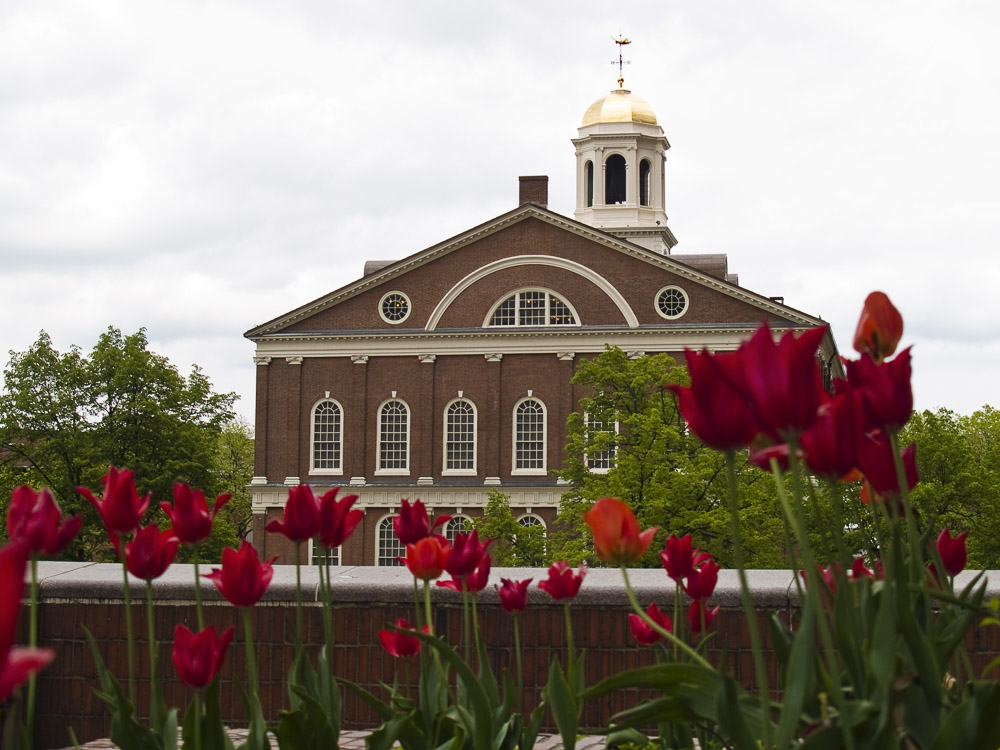 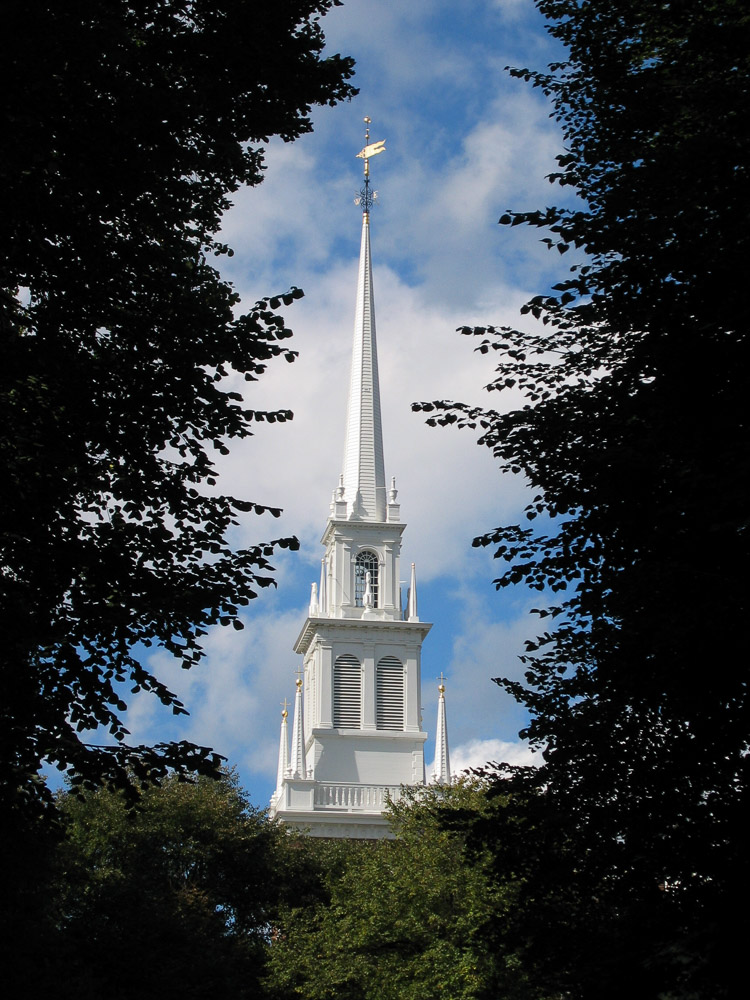